BUILDING A BRAND OF INFLUENCE 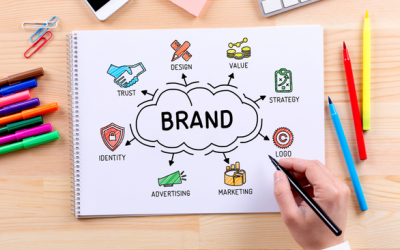 BUILDING A BRAND OF INFLUENCE

by Femsin
in Blogging, Tips and Tricks
Comments

Branding is the process of creating a strong, positive perception of an individual or organization in people’s mind by combining elements such as logo, design, objective statement, achievement, and a consistent theme throughout all marketing communications.

Highlighting the three major types of branding that can be leverage on;

Product branding is a symbol or design that identifies and differentiates a product from other products of the same category, thereby focusing on the uniqueness of the product.

This type of branding is very common among politicians, athletes, and celebrities. It helps to create relevance among the public.

This type of branding is used by businesses interested in creating and maintaining a good reputation.

And now to Influencing; which is a capacity to have an effect on the character, development, career or action of someone or something.

2 Emotional appeals: Connect your message, goal, or project to individual goals and values.

Every interaction, conversation, reaction, attitude, action and brand you have has the potential to influence other people

There are three main types of influence, which are;

The first type is a negative influence and it’s the most damaging one. Those who have this type of influence tend to focus on their authority, power, or title. They are often egocentric and prideful.

Those who build their life majorly around the use of alcohol and hard drugs have the potential of influencing friends in this same way. While a leader with this type of influence leaves the team or organization impacted in a negative or bad way; mainly through the poor results, the team produces as a result of the negative influence. Do whatever you can to avoid having this type of influence.

They don’t proactively lead, help, or take charge. Often the people have to lead and motivate themselves to produce results because the leader is not going to energize them to do so.

They proactively lead; all in the attempts to inspire, coach, and energize people to producing better results. Positive influence requires a high level of positivity, intentional, energy, and effort.

The Principles of Influence

Drawing on the existing research by Robert Cialdini, who identified the six principles of influence, which are;

Reciprocity: We are hard-wired to return favors, pay back debts, and treat others as they treat us. According to the idea of reciprocity, this can lead us to feel obliged to others.

Commitment and consistency: We have a deep desire to be consistent in thought and action. For this reason, once we’ve committed to something, we’re then more inclined to go through with it.

Social proof: Our sense of “safety in numbers’’ dominates much of our behavior and makes us feel comfortable in doing things if others are doing it.

Liking: We are more likely to be influenced by people we like. Just in the case of our celebrities, clerics, and politicians

Authority: We feel a sense of duty or obligation to people in positions of authority. Job titles, uniforms, and even accessories like cars or gadgets can lend an air of authority and persuade us to accept what certain people say.

Scarcity: Things are more attractive when their availability is limited or when we stand to lose the opportunity to acquire them on favorable terms.

Influence is power. No matter who you are, where you work, or what your professional goals are, achieving more influence in the workplace, place of worship and where you reside is critical for success.

Having an influence on people around you increases your productivity rate and the efficiency level of your team. Some of the strategic ways of gaining influence include, but not limited to;

* Be assertive, not aggressive.

* Be flexible and open-minded.

* Be polite to people.

* Focus on actions rather than argument.

In conclusion, it’s worthy of note that our personality brand has a lot to do with our corporate brand and while promoting our brands and that of our organizations to the public, either through the traditional means or digital platform (especially with the use of social media), we’ll be mindful of what we publish. No matter whom you are; age or status, you have someone out there looking up to you and that gives you a strength of influence over them.